This page is for informational purposes only. We no longer recommend or provide support for AOD builds/swaps other than specifically for our valve body kit.

An Introduction to These Popular Transmissions

The Automatic OverDrive (AOD) transmission was introduced in 1980 as an answer to demands for higher fuel economy, lower vehicle emissions, and improved vehicle driveability. The AOD was a new transmission design into which various design features of existing Ford automatic transmissions were incorporated. The AOD was one of the first transmissions of its type in the automotive industry and also one of the simplest by design.

The AOD gear train design was based on the gear train of the FMX/Cruise-O-Matic transmission which (in one form or another) has been part of Ford's automatic transmission history for decades. This gear train incorporates a compound (six-pinion) planetary gear unit utilizing one planetary carrier with a set of short and long pinions rather than two or three single planet carriers. This design was probably used because of the minimal changes needed to "add" overdrive to it. In fact, the FMX, AOD, and AOD-E/4R70W are the only modern Ford transmissions which share the compound planetary design.

The reasons for using an AOD (or AOD-E), instead of a C-4 or C-6 transmission in your performance vehicle are obvious. The primary advantage of using an AOD is the potential for fuel efficiency with no resultant sacrifice in performance thanks to the 2/3-1 overdrive ratio which made the AOD a clear choice for Ford Motor Company, as well as its customers. For example, even a steep 3.73-1 rear axle ratio becomes a 2.49-1 ratio during fourth gear cruise (3.73 x 2/3 = 2.49), allowing about 1000 less engine RPM at highway speeds. Not only does the AOD provide a better cruising ratio than a three-speed automatic, but it also serves to further increase efficiency by by-passing the torque converter in fourth (and partially in third) gear through the direct input shaft. This is a precursor to the A4LD, E4OD, and AOD-E/4R70W transmissions which use a converter clutch to perform the same function under EEC control (providing much better performance).

The AOD-E/4R70W is the latest and best Ford performance transmission, and in our opinion, represents the foreseeable future of performance rear-wheel-drive automatic transmission technology. The beauty of the AOD-E/4R70W is that it retains all of the AOD's good features while improving the weak points (some of which can be improved in an AOD by using AOD-E parts). The AOD-E incorporates an enlarged two-inch-wide overdrive band, thereby eliminating an obvious weak link as well as providing some of the previously mentioned upgrade parts for the AOD. Another feature that is greatly improved from the AOD is the "lockup" or torque converter bypass system. Instead of the weaker concentric input shaft system of the AOD, the AOD-E/4R70W uses an actual clutch in the converter to provide lockup under EEC control rather than the fixed "60% lockup" in third and "full lockup" in fourth gear system of the AOD. The stronger input shaft and greater flexibility of this system are further enhanced by the fact that the converter clutch may actually be partially applied or "slipped" under electrical PWM (pulse-width-modulation) control from the EEC PCM. Unfortunately, the lockup system from the AOD-E cannot be transferred to your existing AOD, but vendors such as Precision Industries and Art Carr Transmissions provide high quality input shafts and torque converters that can either strengthen the inner (most likely to snap) input shaft or eliminate the AOD's "lockup" feature altogether (as in the case of Art Carr's solid input shaft, which bears a strong resemblance to the factory AOD-E input shaft). Finally, the 4R70W (AOD-EW) wide-ratio gear-set can be transplanted into any AOD or standard-ratio AOD-E application for greater first and second gear pulling power. 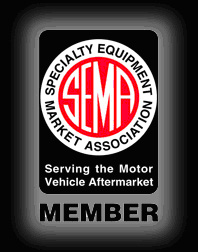